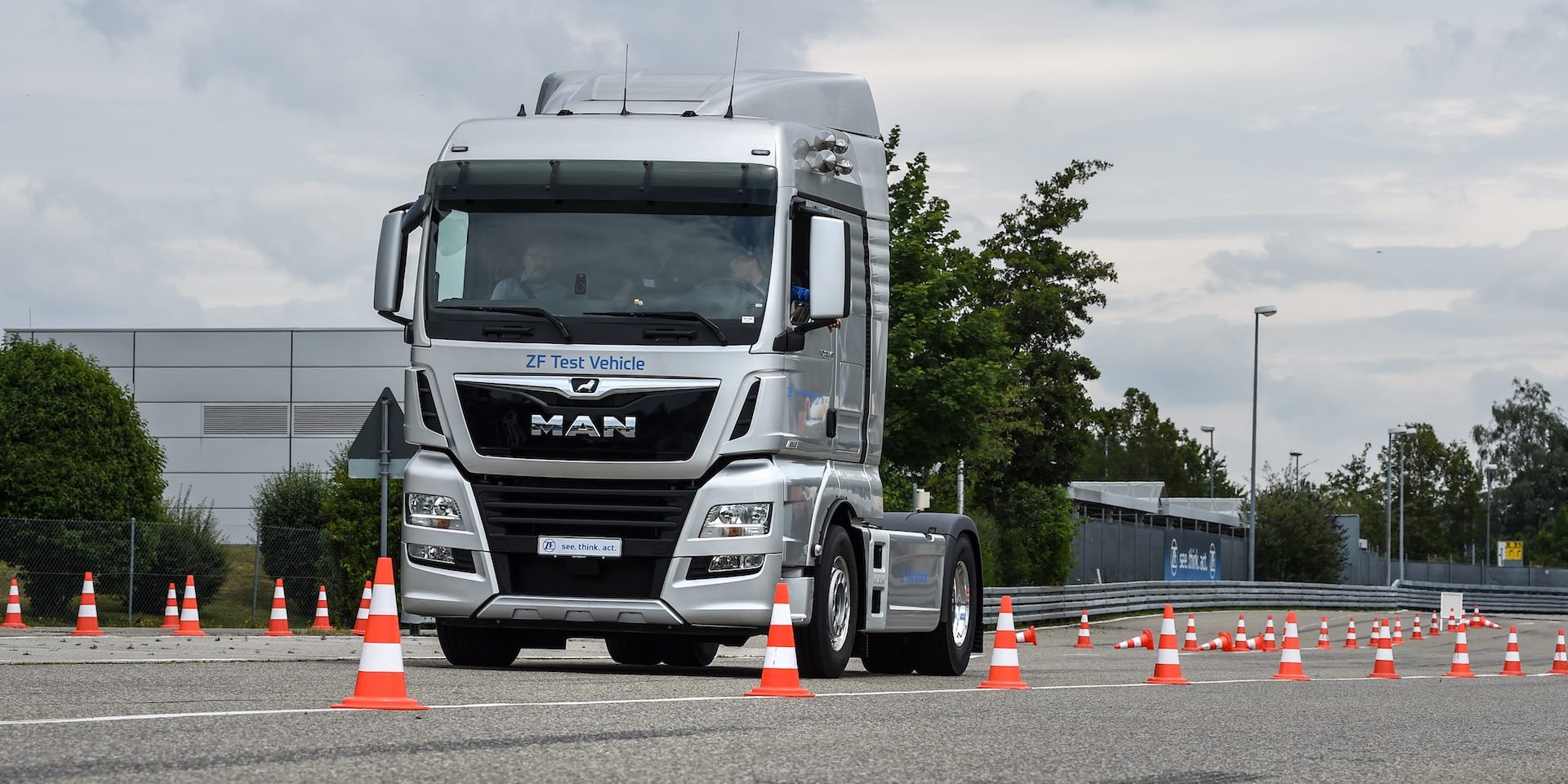 An all-electric power steering system for trucks and buses, thought to be a world first, will be on display at the huge IAA commercial vehicles show in Hannover, Germany next month.

The ReAX EPS prototype comes from ZF, the giant Friedrichshafen-based multinational supplier of a vast range of vehicle components and systems.

There is nothing new about the principle of electrical power steering. Millions of cars already are in service with systems of this type, many from ZF. But scaling up for the much greater steering forces and durability demands of heavy commercial vehicles has proved an insurmountable challenge until now.

A 40-tonnes-gross-weight truck’s power steering system demands five or six times the electrical power needed by a car or light commercial vehicle such as a pick-up, explains Mark Cartwright, chief engineer for advanced engineering in the ZF steering systems business unit based at the former TRW site at Lafayette, Indiana in the US. TRW was bought by ZF three years ago.

The engine-driven pump needed for a conventional current hydraulic power steering system draws between one and 20 horsepower, depending on manoeuvre and axle load, according to Cartwright. This inevitably means a fuel consumption penalty.

So a pure electric system like the ReAX has considerable potential for helping improve fuel economy in diesel-powered vehicles, quite apart from its obvious suitability for the burgeoning number of trucks and buses with pure electric drivelines.

But the ReAX EPS is the first fully electric steering system for heavy trucks and buses. Its 48-volt electric motor is said to be capable of delivering up to 70 Newton metres (Nm) of torque. ZF engineers seem confident that 48-volt electrical systems for trucks and buses are now on the way, even though past moves in this direction have always petered out.

All current diesel engined trucks in North America still have 12-volt systems, whereas 24 volts is the norm at present for heavy commercial vehicle in Europe and China. But cars with hybrid drivelines (diesel/electric or petrol/electric) generally are now at 48 volts, points out Cartwright.

“With the ReAX EPS we are presenting a prototype for a commercial vehicle steering system that can simplify and accelerate the advance of electrification, including 48-volt on-board vehicle power supply systems and steer-by-wire options, and do so with high efficiency and reliability,” says Schulz.

“The first test drives show that the ReAX EPS operates more efficiently than our most advanced electro-hydraulic system to date. It also weighs significantly less.

“The compact unit creates more installation space in the vehicle, which is useful for other systems such as electric drives that interact with the new steering system. The ReAX EPS can be used with automated driving functions as it incorporates electronic controls allowing for inputs from cameras, radar and other vehicle data.”

One ReAX novelty likely to appeal to many truck, coach and bus drivers is the ability for what ZF describes as “almost any preferred steering wheel feel” to be programmed into it, not only by a vehicle manufacturer but perhaps as well by drivers from an in-cab control. The target date for the start of ReAX EPS production is 2022.

Tim Blakemore
Tim Blakemore is an award-winning automotive journalist and the former editor of our sister title, Commercial Vehicle Engineer magazine. He is also the UK representative on the panel of judges for the biennial, pan-European Trailer Innovation Award scheme.

What are your thoughts? Let us know below. Cancel reply

Would you like to stay up to date with the latest from The Truck Expert?